The story of how our founders started Broken Chains Ministry happened long before either of them even had an idea about this ministry. Even though Heather (Pastor Cody’s wife) doesn’t remember this, Pastor Cody’s remembrance of their first meeting was when he was soliciting money for drugs by asking people in shopping center parking lots if they would like to have their car windows washed. He remembers that Heather said ‘no’ to the window washing but she gave him two $10 McDonalds coupons from a coupon book she carried, just so he could purchase a meal. 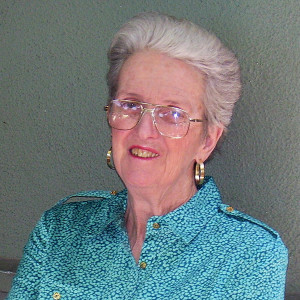 Heather, grew up in a very functional and loving family, in Canada. She excelled at school and in sports and went to college in the United States. She became a successful Doctor of Chiropractic. After marrying and having 3 children, she decided to raise her family full-time and be a stay at home mom.

The marriage ended and she and her children moved to Las Vegas to be near her parents due to her mother’s health.

As an adult, Heather had fallen away from God during her married life, but both her sister and her daughter loved the Lord. It was through their promptings that she began going to church. Although she never knew it, God had a plan on what church she decided to go to. It just so happened to be the same church where later a homeless man named Cody Huff would go to receive a clean shower and food on the weekends.

After Cody found Jesus and began to clean up his life, he began attending the same church that Heather went to. Heather developed a heart for the homeless and joined the church’s homeless program as a volunteer.

Heather’s remembrance of her first meeting with Cody was in the church’s homeless program after Cody had been saved. This is where God prompted Heather to befriend him and help him with a ride to church from where he was living on a job site as a security officer. Befriending a stranger was VERY unlike Heather at that time as she was a very quiet and reserved person.

As Cody and Heather became friends, Heather would pick Cody up for church several times a week, take him shopping, and to do his laundry.

After about a year both Cody and Heather suddenly, one day, looked at each other differently, and knew that they were growing to love each other. They married a year later.

After marrying, God continued to stir the passion and need to help the homeless in Las Vegas through each of their hearts. It was through this growing passion that God gave them the idea one Christmas to feed the homeless a Christmas dinner. Both Cody and Heather had never done anything like that, nor did they know where to start. They ended up buying a turkey, and all the fixings, putting it in the trunk of their car and taking it to a park where they knew some of Cody’s old homeless family would be. They ended up feeding twelve homeless that Christmas, but the joy they both received personally is what God ended up using to ignite a fire for a full-time homeless ministry.

After the trunk Christmas dinner, they both committed right there to delivering a Christmas dinner for the homeless every year from that moment on in their lives as long as they could.

The driven yet gentle generosity God has grown in Heather’s life, has coupled with her continued love for homeless people.  If you ask anyone involved with Broken Chains Ministry for any length of time, they will tell you that this is the bloodline that continues the success which God uses to further Broken Chains Ministry behind the scenes to this day. 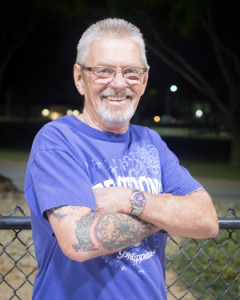 As Cody and Heather settled into married life in 2005, Cody was working very long hours. This left very little time for God and his home life. Both Cody and Heather started praying, telling God that they were putting their “yes” on the table and would go where God led them.  They both mutually knew they had a  burden for the homeless that they knew only God could have placed on their hearts.

To further this commitment and to prepare for what God had planned for them, during this time they also decided to rid themselves of debt. From paying off their mortgage, to eliminating vehicle loans, they got rid of anything that could be a financial burden or else possibly eliminate what they knew could be the greatest potential God could have for their lives. Even though they did not quite understand the direction God may take them, they both committed to setting rules wherein they would only pay for what they could afford, so as not to incur any more debt.

During this time of commitment and financial lifestyle change, Cody continued his relationship with the homeless in the park where he himself had been homeless only a few years earlier. When he left the streets, he remembered all of his homeless friends saying to him, “Cody, we’ll never see you again!” Cody determined that would not happen.

Cody and Heather started visiting the homeless in the park every day. They would also bring food, water, and whatever else they could manage to find, to help the homeless out with their needs.

It was during this time that God opened up a connection with a local grocery store manager who donated to them dated food items each day. They then took these items to the park. This was the start of what would be an ever-increasing, and growing, opportunity to feed, clothe and help the homeless out through the donations of people in the community.

As word spread throughout the city, Cody and Heather found many like themselves who were wanting to be a part of helping to give a hand up, instead of just a hand out to those in need.

By 2009 Broken Chains had grown and received it’s 501(c)3 non-profit corporate status.  At the same time and after much study, and examination by the church they attend, Hope Baptist Church ordained him on November 16, 2010.

Shortly after Pastor Cody’s ordination Broken Chains Ministry began holding a Bible Study and BBQ at Myron Levitt Park every Wednesday night. At the same time the Christmas dinner had grown quite exponentially. What had started out as as a one turkey dinner with the trimmings for twelve homeless people in the park, had now grown into a major event held in the parking lot of the Las Vegas Harley Davidson for more than 1200 homeless and over 500 volunteers serving them annually. The Christmas dinner event provided a complete turkey dinner, clothing, toiletries & gift bags for all the homeless and those in need who attended. By Christmas of 2014, the homeless Christmas dinner had seen more than 1800 plates of food given out to the homeless, media coverage in two local newspapers, and three network affiliates covering the impact of the outreach. People had heard about the outreach and were showing up just to serve who had traveled from as far away as Indiana in the United States.  One family arrived in taxis, unannounced from Australia, just so they could experience the spirit of giving and what Christmas is all about. All of the volunteers came desiring just to serve and be a part of God’s great outreach that was the Christmas dinner from Broken Chains Ministry to the homeless.

In 2013, due to Pastor Cody’s health, the Christmas event was down scaled and held in the park.  The event still provides much needed items to over 500 homeless each year along with a hot Christmas turkey dinner, with nothing less than all the fixings.

From 2009 until the present, Broken Chains has gained many sponsors in the non-profit, charity, and business sectors. This is on top of the many dedicated volunteers who are involved full-time, or come once to serve and experience one of our Wednesday night outreaches at the park.

Pastor Cody’s continuing work in the community has gone beyond just preaching and serving food in the park. As a result of his experience with conquering his past with God’s help, he also does many drug and alcohol interventions.

Both Pastor Cody and Heather make numerous hospital visits, as the homeless are prone to ill health. They also partner with other local ministries, including Casa de Luz, God Fellowship, Catholic Charities, and the Las Vegas Rescue Mission.  They do this with unified belief of all the organizations.  The belief is that they all feel giving and sharing with other ministries helps everyone.

Broken Chains ministry is not just focused on homeless ministry in Las Vegas.  God has given opportunities to support and partner with international efforts to work with those in need.  From partnering with a children’s orphanage in Egypt to inviting vistors to visit our work from Zambia in Africa, Broken Chains continues to see God use the work that started on the heart of two people to engage a world for positive change in lives.

At the core of our ministry, Pastor Cody continues to fight for the rights and needs of the homeless in Las Vegas. He has sued the previous mayor over mistreatment of homeless and won. He is also currently part of the current Mayor’s Faith Initiative program, which meets once a month to provide solutions to homelessness in Las Vegas.